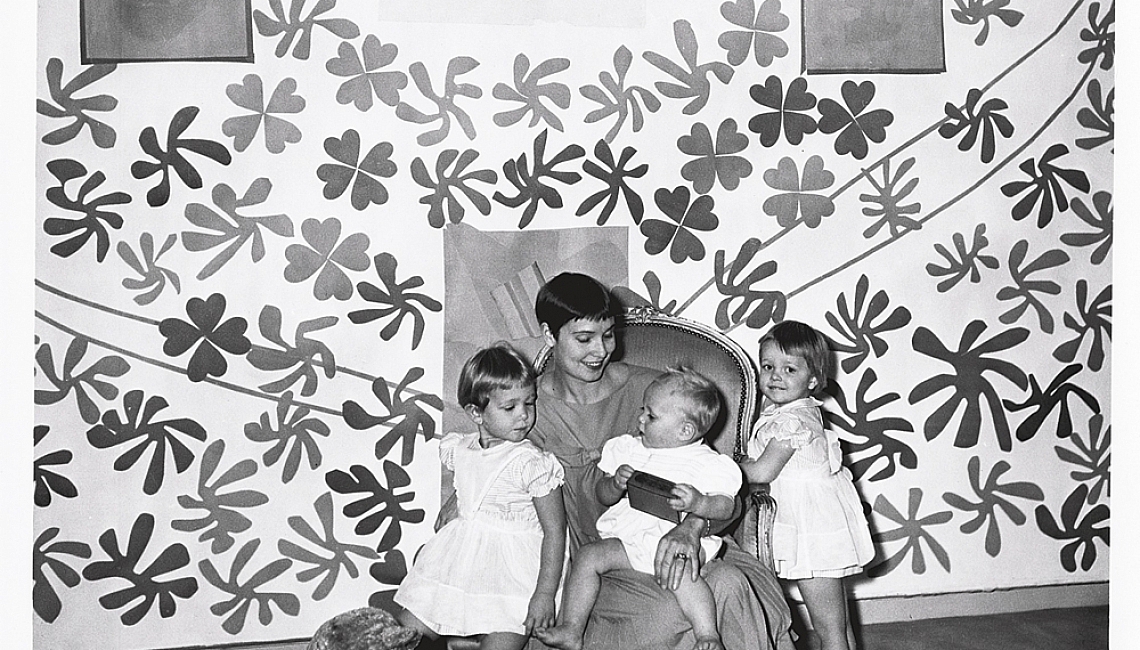 Ulla Ahrenberg and her children before Matisse's Apollon in the Ahrenberg home in Stockholm 1958, Ahrenberg Archives 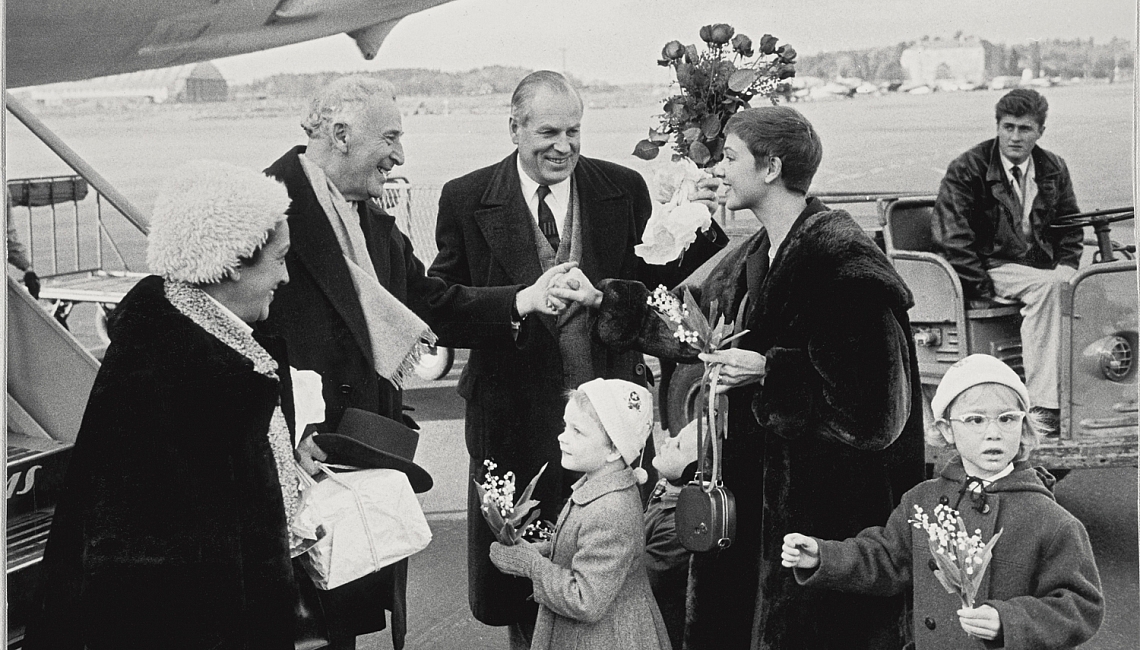 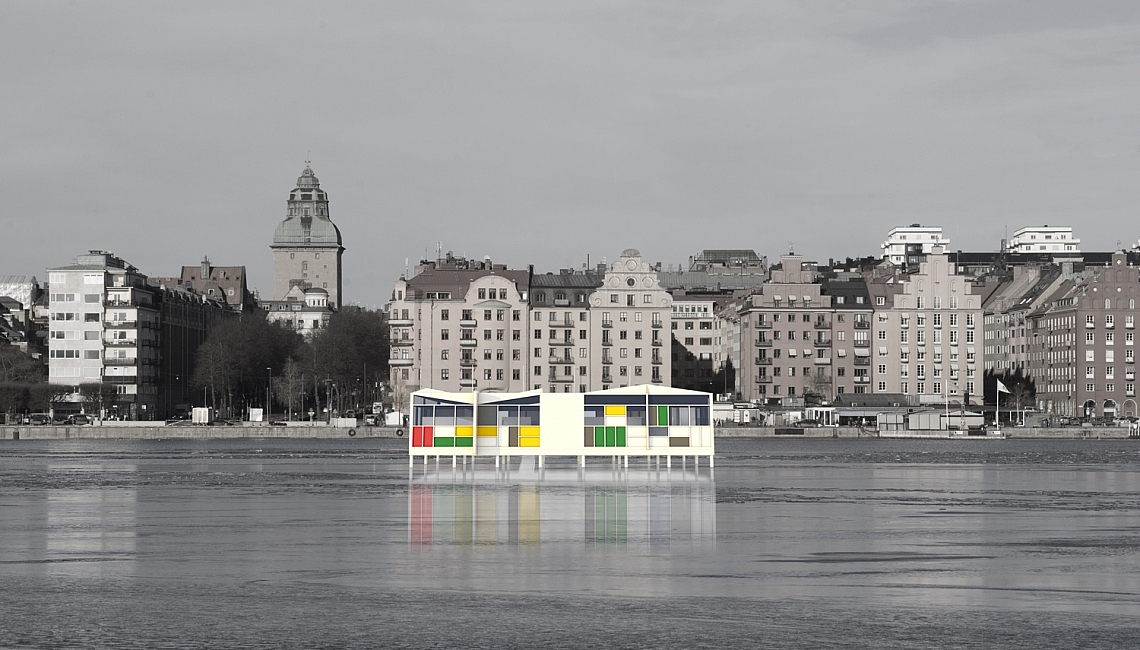 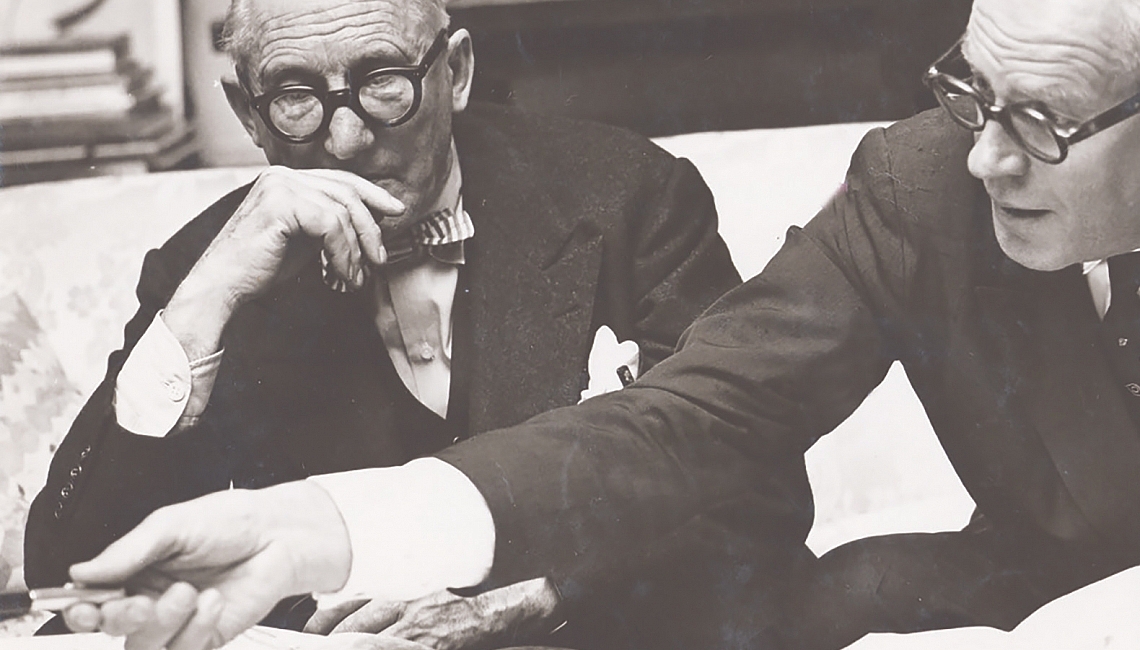 Le Corbusier and Theodor Ahrenberg sketching on the Museum Ahrenberg 1961 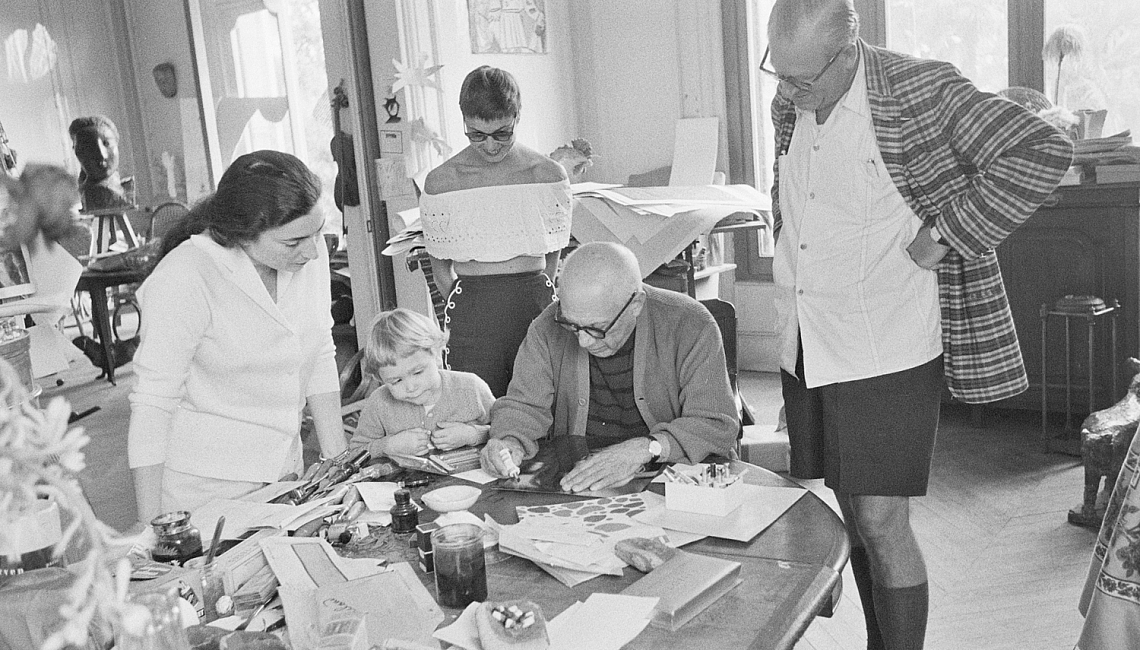 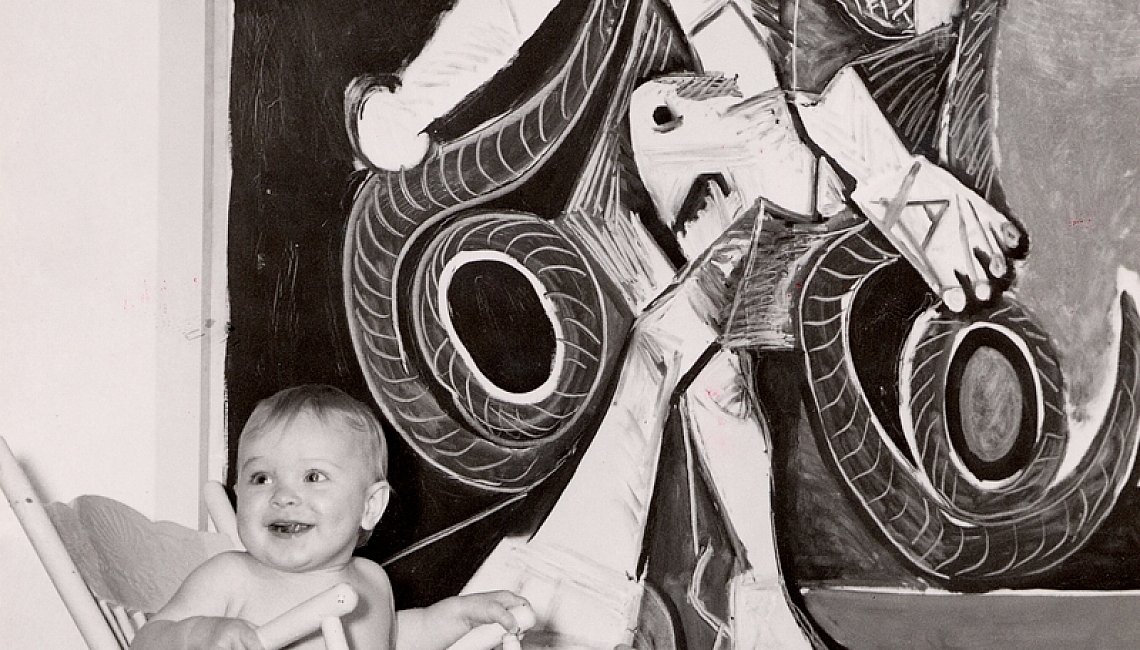 Anette Ahrenberg with Picasso's Nude in a rocking chair (1959) at the Ahrenberg hone, Stockholm 1960. Ahrenberg Archives 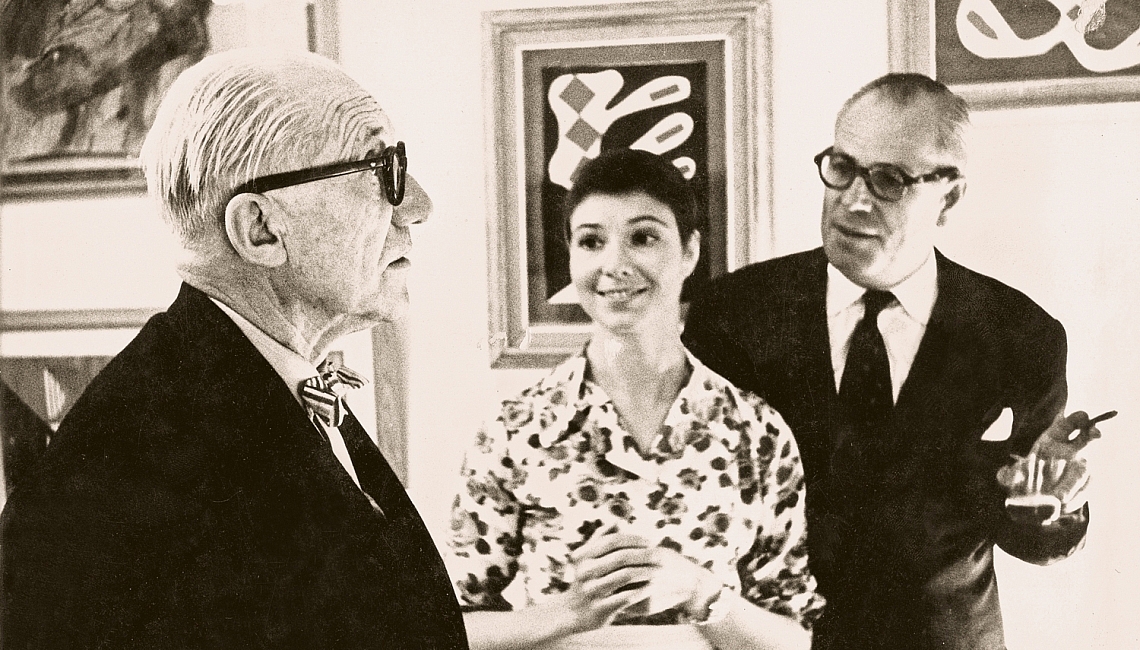 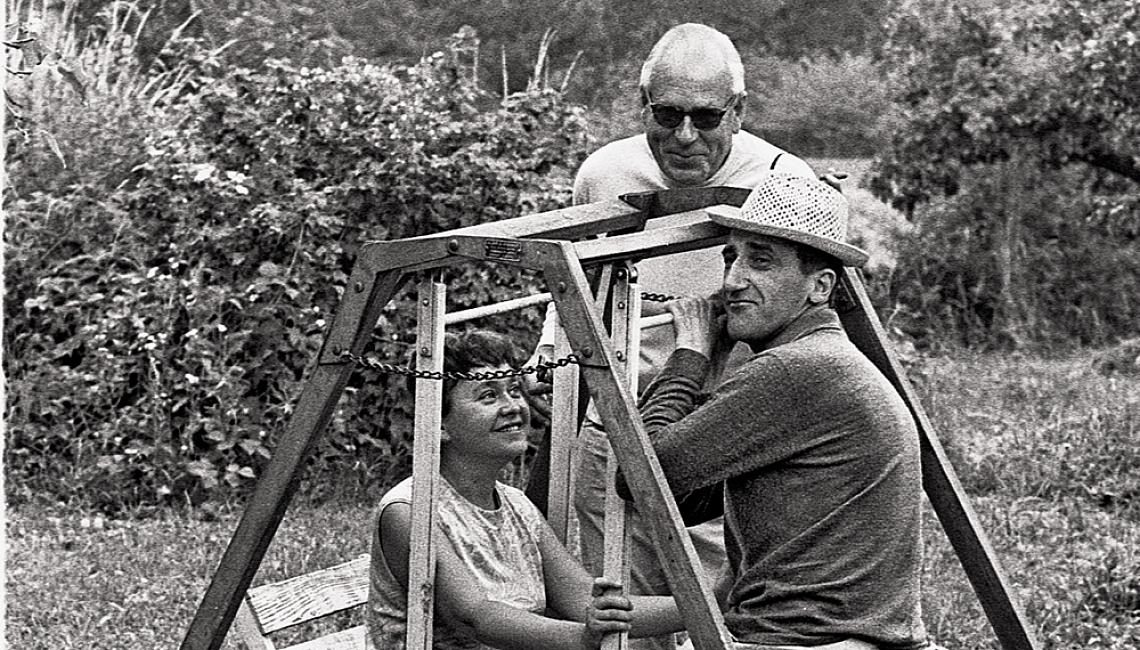 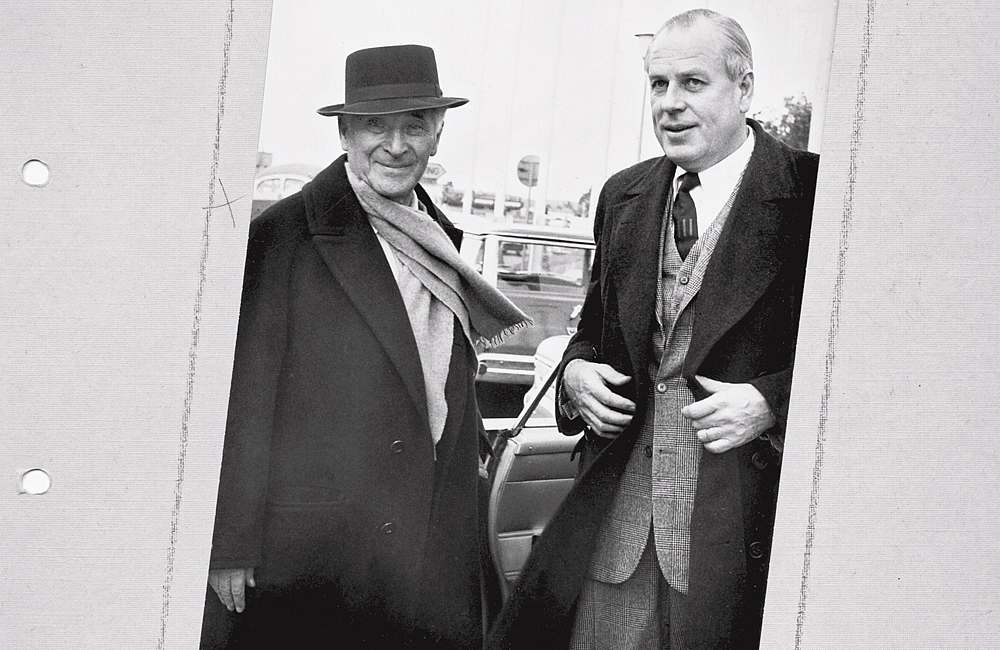 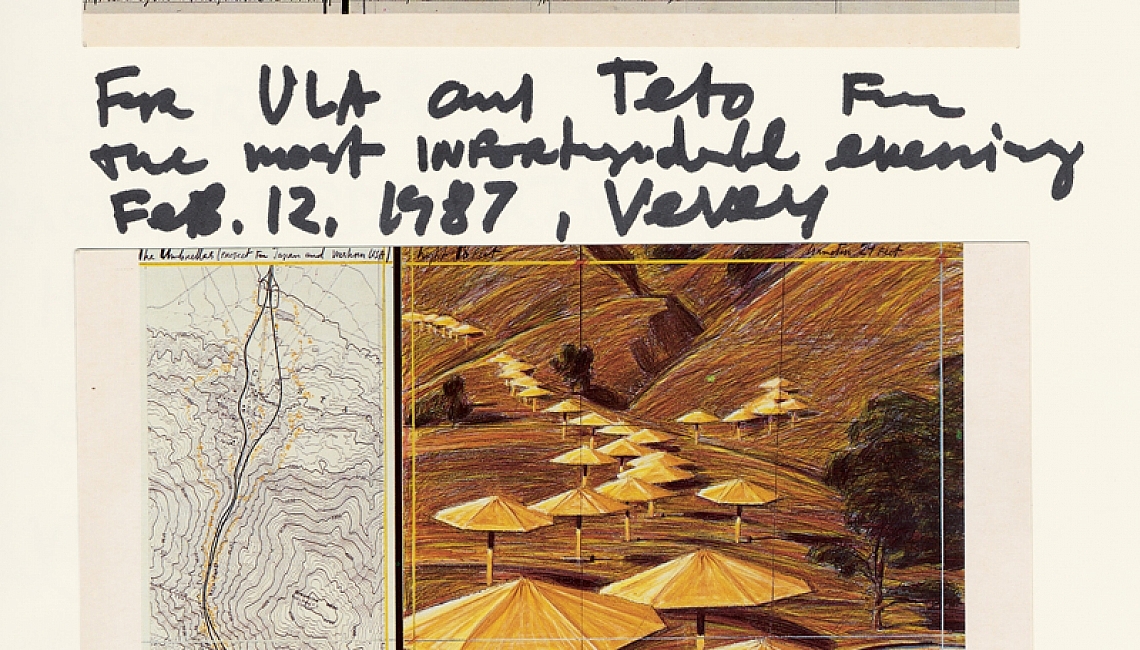 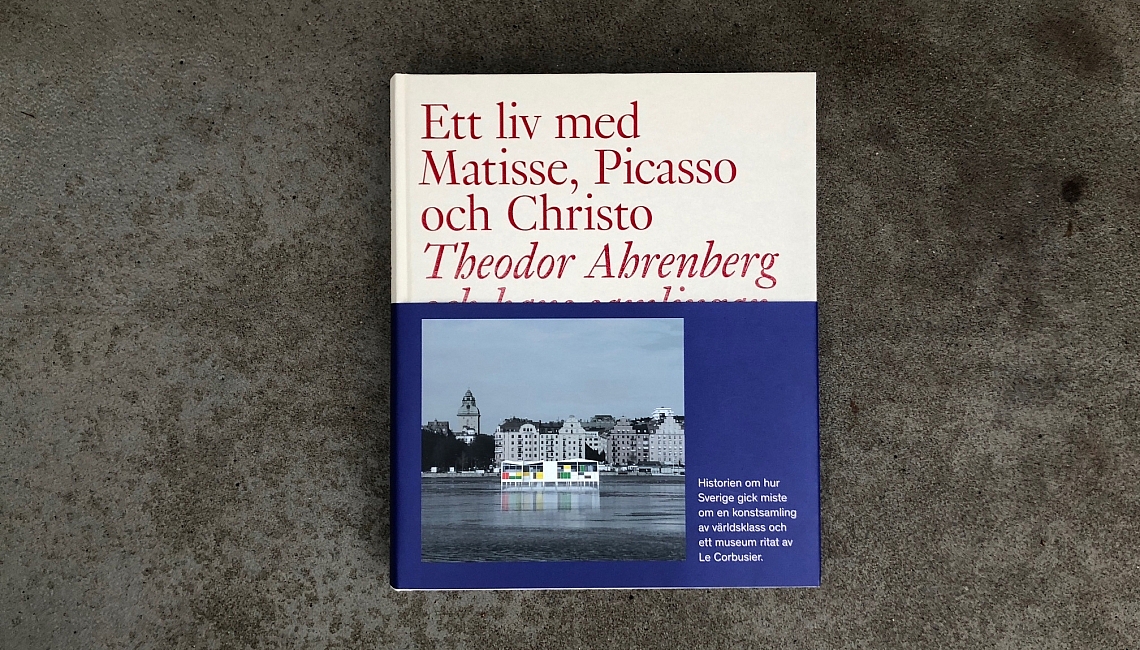 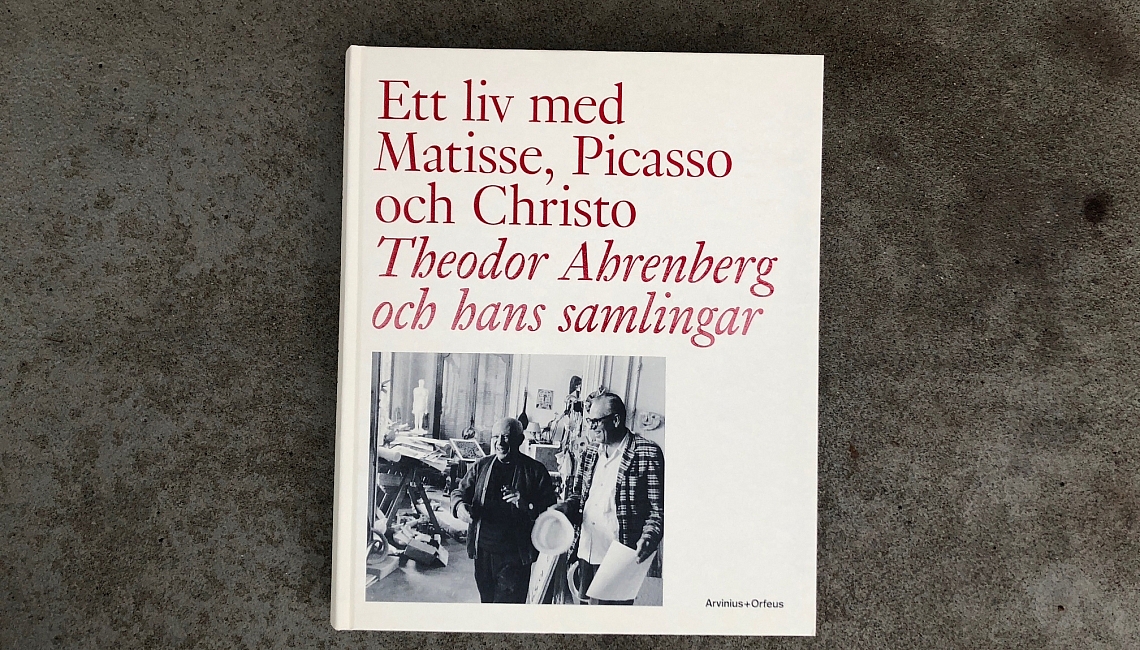 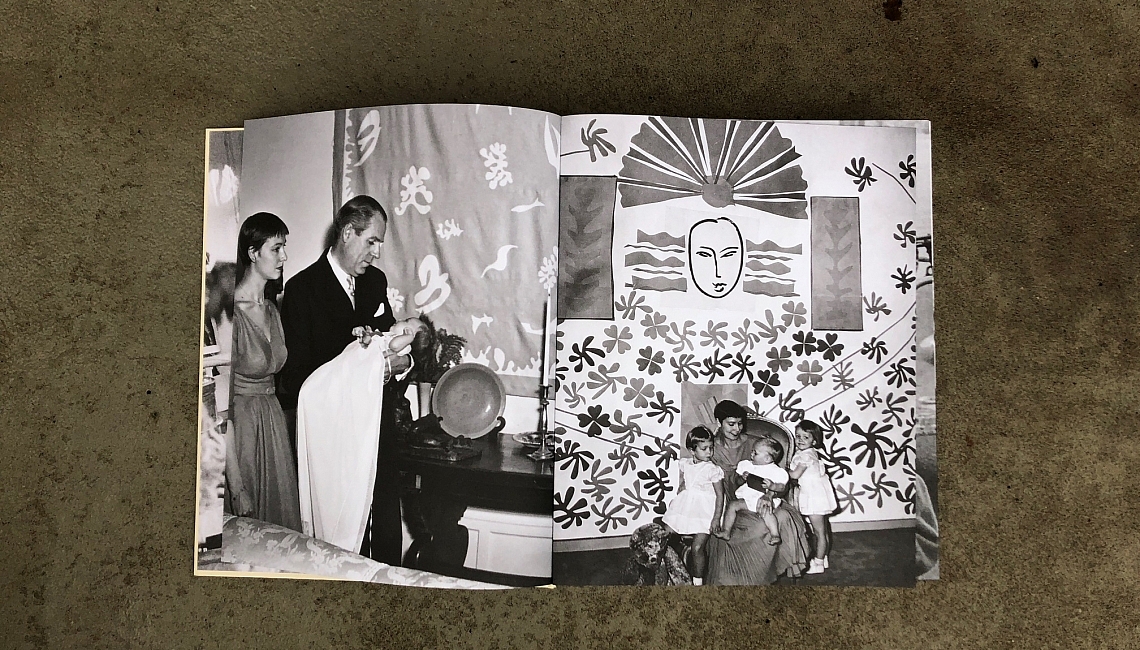 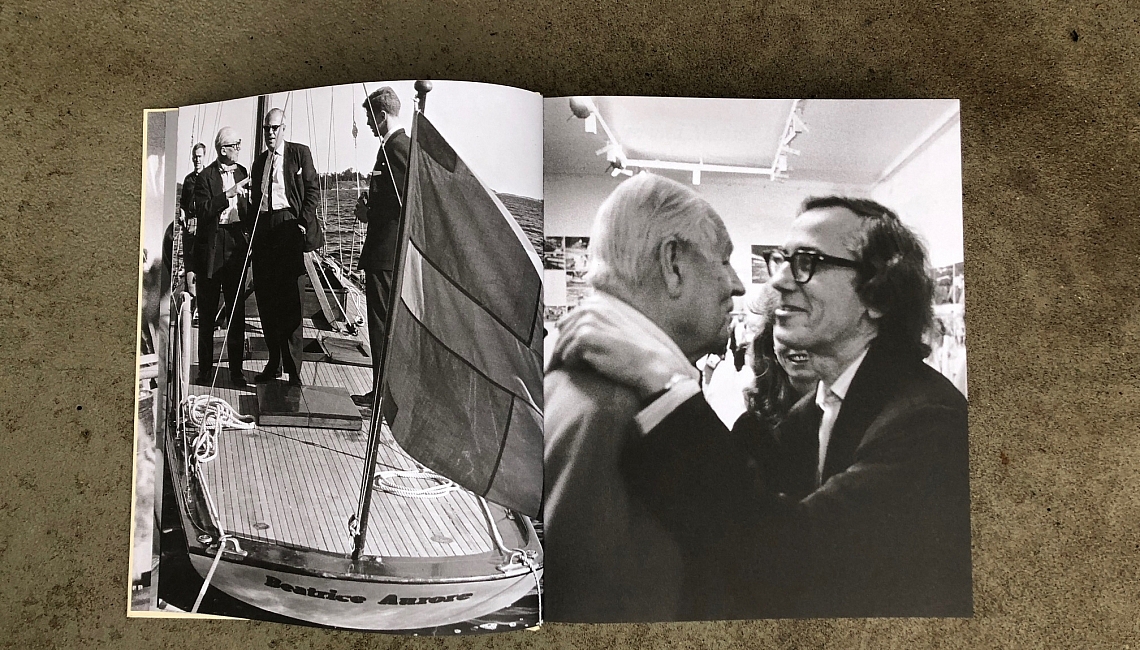 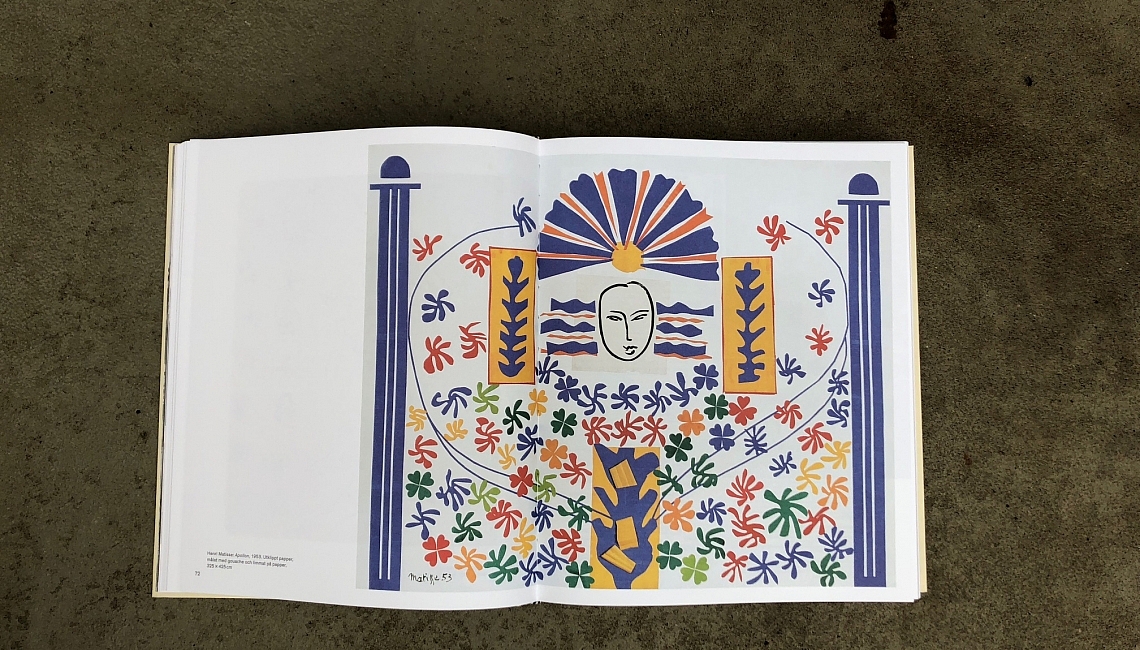 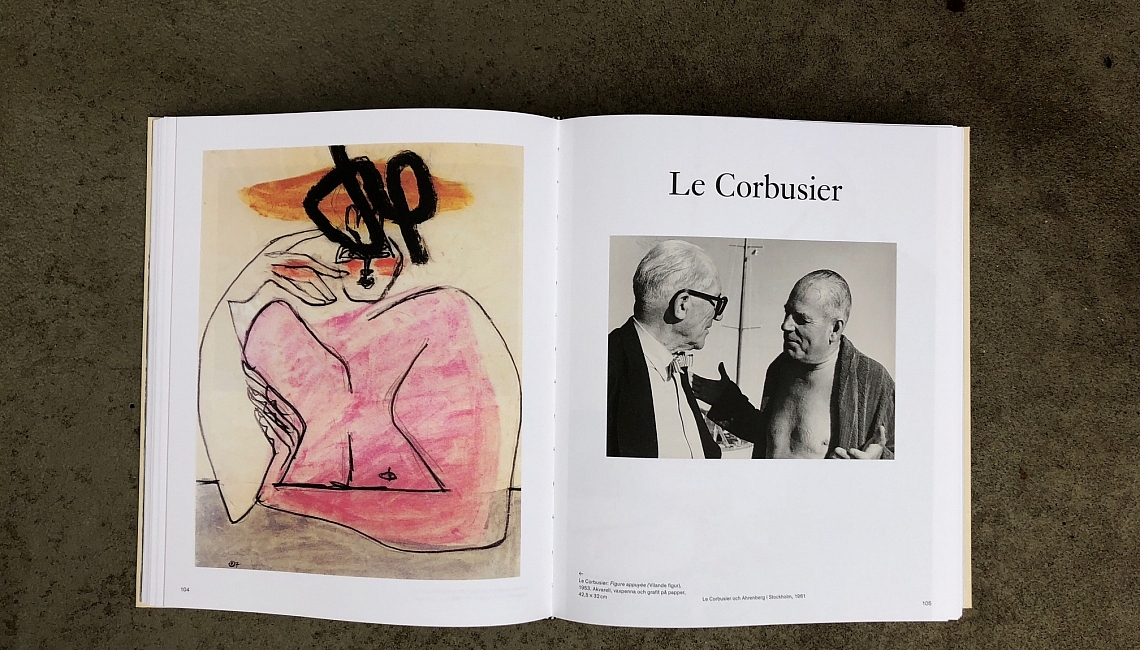 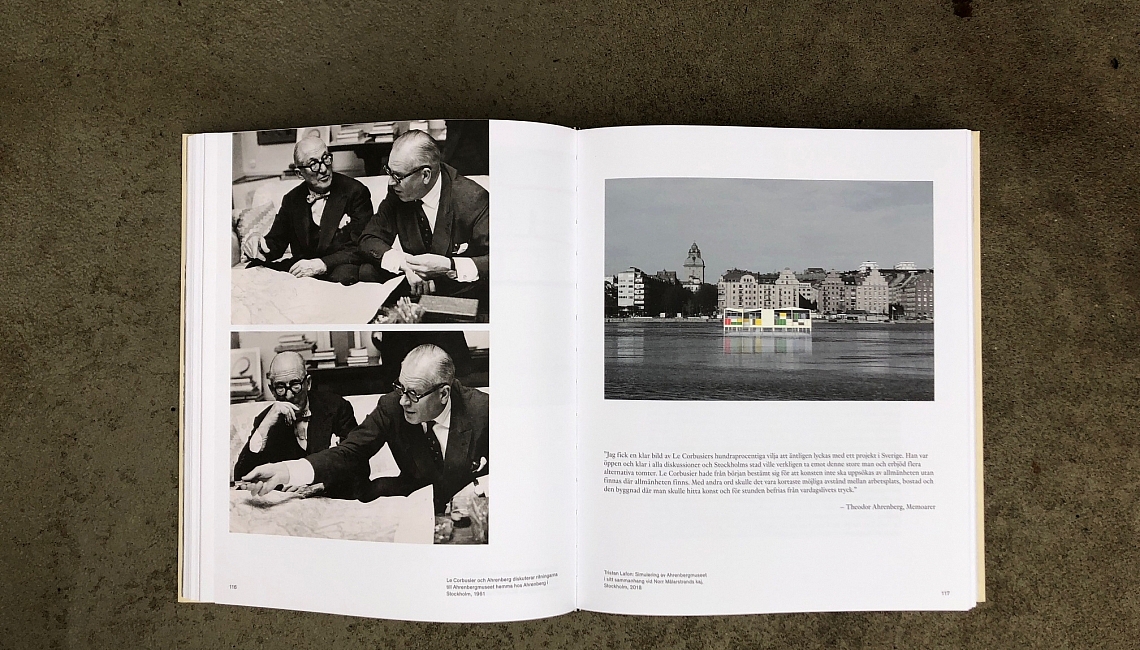 Too close to the sun – Theodor Ahrenberg and his Collections

A+O is proud to present the new thrilling book Living with Matisse, Picasso and Christo – Theodor Ahrenberg and His Collections – the story about A Lost Modern Art Treasure.

Living with Matisse, Picasso and Christo – the first monograph on one of the most ambitious, rich and wilful private collections of 20th century art – a collection that so far has been more or less unknown – and its owner, the Swedish businessman Theodor ‘Teto’ Ahrenberg (1912-1989).

The year was 1962, when one of the richest private collections of modern art in the world was confiscated under controversial circumstances by the Swedish state, and was sold on public auction. As a consequence, several thousands of works by artists such as Henri Matisse, Pablo Picasso, Georges Braque, Marc Chagall, Le Corbusier, Fernand Léger and Alberto Giacometti – with an estimated value of over 10 billion SEK today – were dispersed.

Behind the art collection stood Theodor Ahrenberg, who at the time also supported the progress of several Swedish artists – including Carl Kylberg, Olle Bærtling, Einar Hylander, Öyvind Fahlström, Richard Mortensen, Robert Jacobsen and Carl Fredrik Reuterswärd. The background to the art confiscation was conflicts between Ahrenberg and prominent people within the Swedish art life – which among other things concerned his desire to make the art collection available for the public in its own museum at Norrmälarstrand in Stockholm, according to drawings by Le Corbusier.

The plans for the new museum were never realised, however, since Ahrenberg was prosecuted by the Swedish state. But he created a new art collection in Chexbres north of Lake Geneva, in close relation with artists such as Christo, Lucio Fontana, Jean Tinguely, Niki de Saint Phalle, Arman, Robert Rauschenberg and Tadeusz Kantor, among others.

Living with Matisse, Picasso and Christo  is based on the rich correspondence between Ahrenberg and ‘his’ artists, and contains a large amount of previously unpublished visual material. Ahrenberg acquired over six thousand artworks between the late 1940s and the late 1980s – some of which are presented in the book along with photographs, Le Corbusier’s drawings of the unfinished museum in Stockholm, and a unique glimpse into Atelier Le Rocher in Switzerland – where Ahrenberg created a home for the second phase of the collection, in combination with a studio for working residences for artists.

Ahrenberg’s wife Ulla still lives in their home in Vevey, surrounded by the art collection. Next year, it will be thirty years since he passed away – and, as Carrie Pilto writes ” this is the right time for ‘a book that means a huge step towards rebuilding Ahrenberg’s collection for usage within the historical research about the post-war era. It is a first beginning of what no longer is possible in real life: a puzzle with thousands of pieces’.