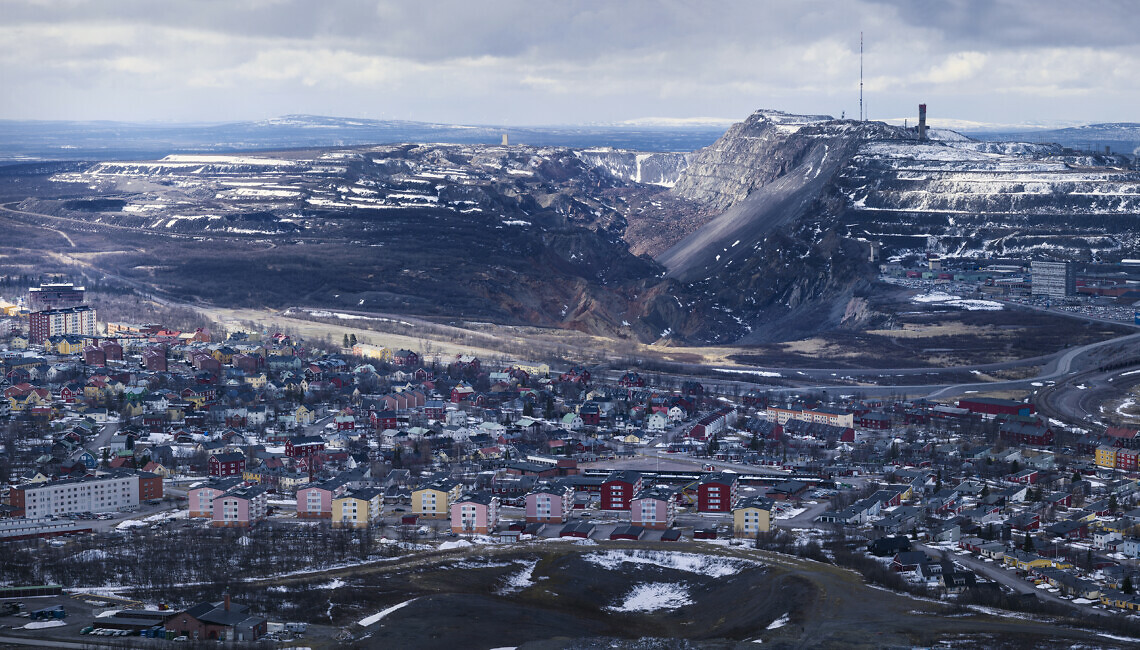 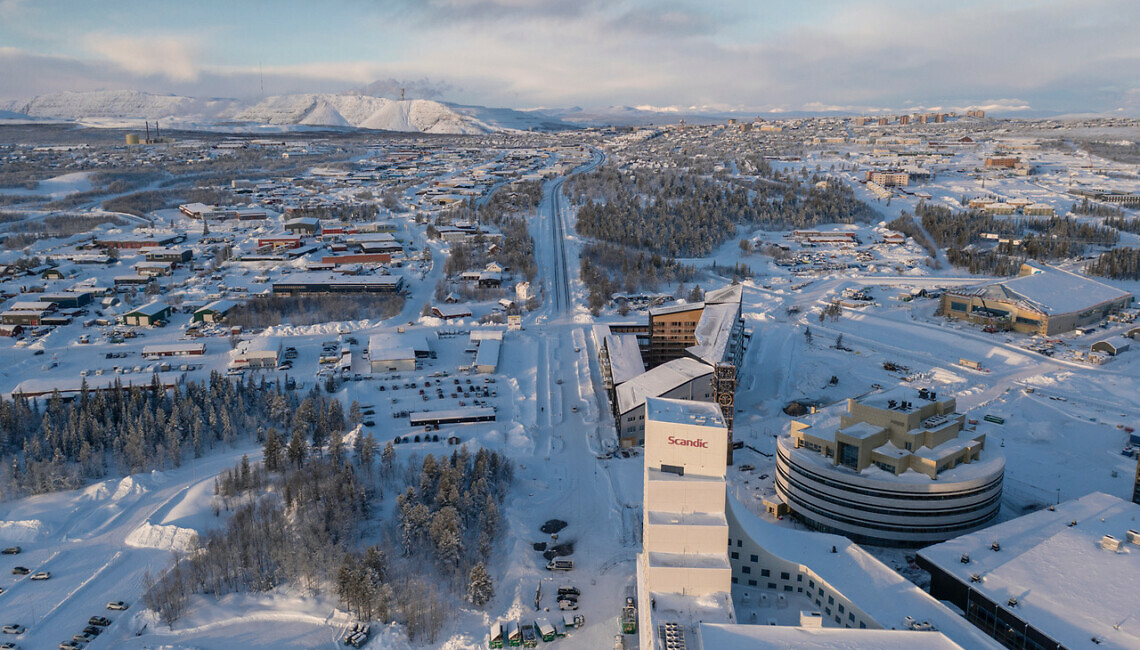 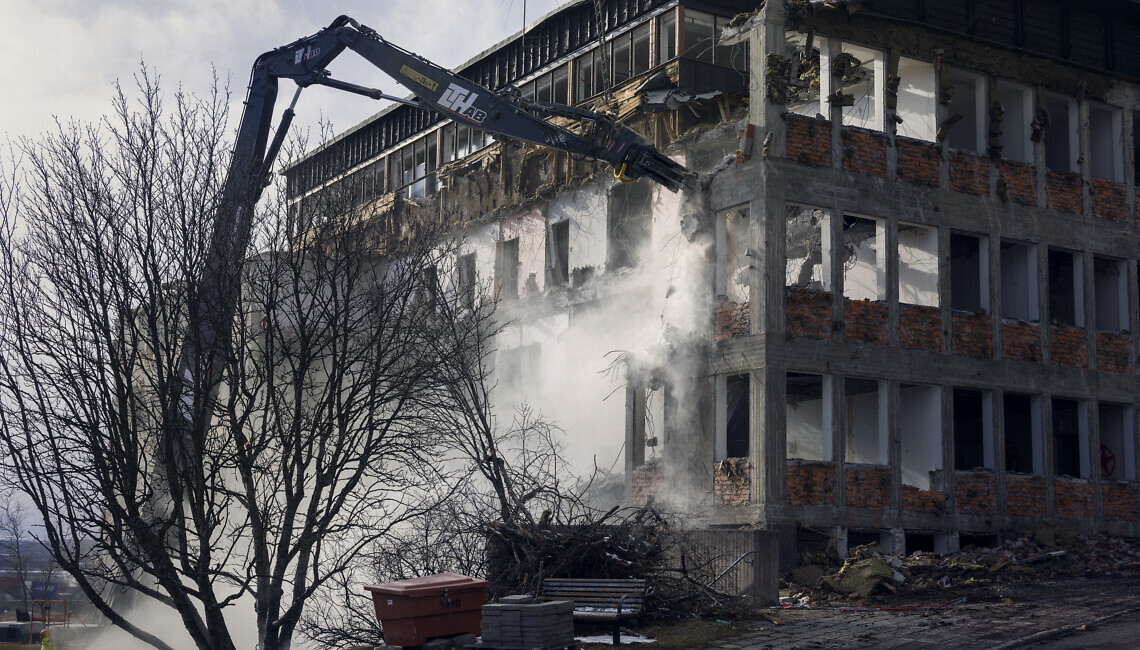 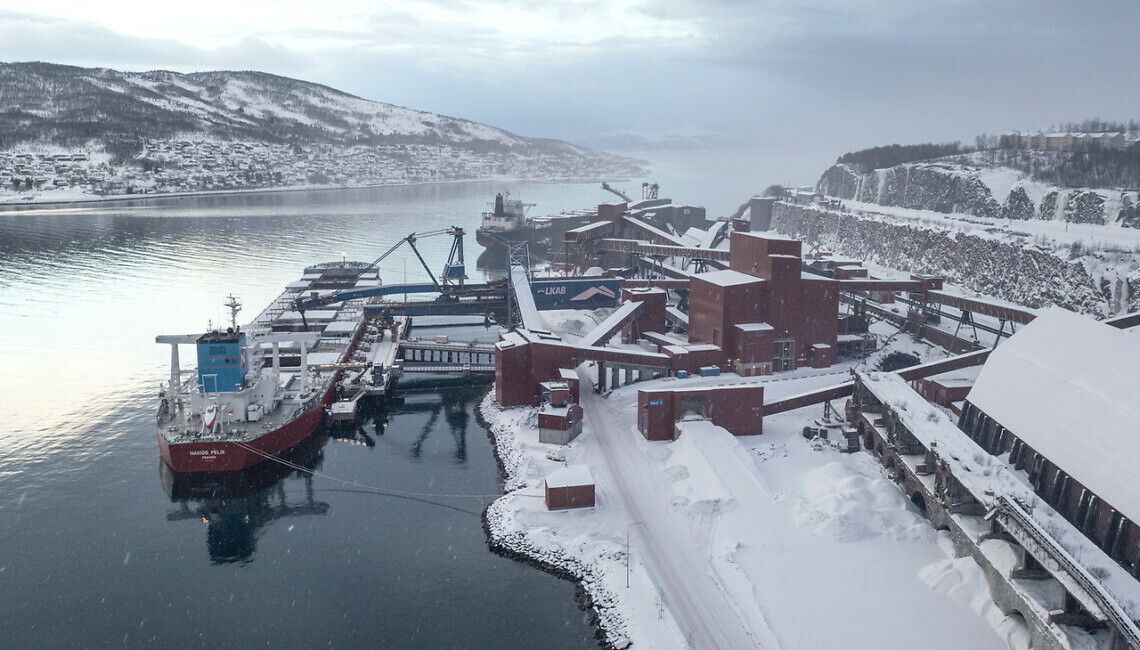 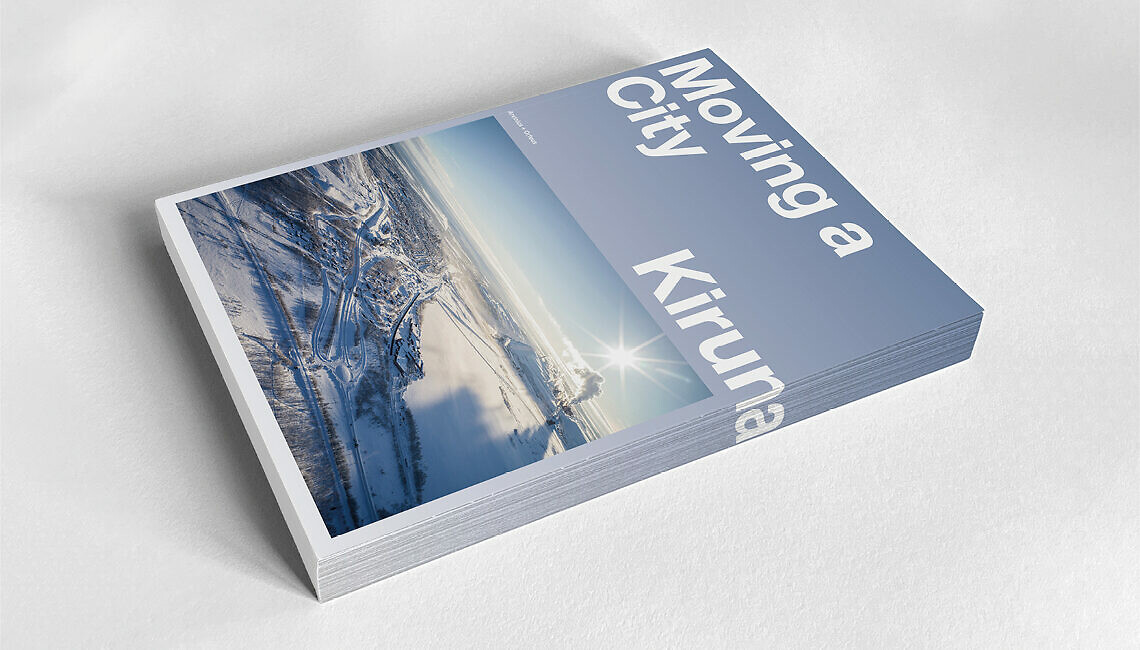 Moving a City – Kiruna,  is an upcoming book from A+O Publishing. How do you move an entire city? In Arctic Sweden this experiment is coming to a conclusion, as over the past decade Kiruna has been moved, house by house to a new location opening on September 1st.

There is a chance that the technology you are using to read this contains steel converted from high quality iron ore from the world’s iron ore mine. Founded in 1900 and owned by LKAB, a Swedish state-owned mining company, Kiruna has been an industry town for over a century and has been mined to a depth exceeding 1300 meters. As a result, the mine is so large and deep that the town is at risk of collapsing – you can see the cracks in the ground.

But beauty meets industry in Kiruna, Sweden’s northernmost town, lies within the Arctic Circle surrounded snow most of the year and lit by northern lights in winter. The entire town of Kiruna has to move as it is at risk of subsidence, and therefore a citywide move has begun.

White Architects and sociologists were hired to investigate the implications and guide the process and master plan which was created for the decade long move and the process of moving Kiruna 3 km east began in 2013. Old Kiruna was demolished, with some historic buildings being relocated using flatbeds trucks. An entire new town centre has been under construction since 2016. The new townhall was finished in 2019 but the relocation is ongoing and many of the 18,000 inhabitants will be moved during moves taking place over the next decade.

What you immediately realise when you visit Kiruna is the codependency of the town and the mine – they are entirely symbiotic. In fact, the entire economic development of the region depends on the mine, so the inhabitants have accepted for their neighbourhood to be relocated. It is done bit by bit, year by year, and in autumn 2022 the new Kiruna town centre opened.

The purpose of this book is to create a nuanced picture of a modern issue through the publication and foster an in-depth debate. The material will help to visualize the narrative of the Kiruna story, which takes a very important look at the codependency between humans and nature. As buildings are taken down, the slow growing trees are left in place and nature is left to take over, the symbiotic relationship between humankind and nature is at play. As humans have taken from nature, they have made the land unstable to live on. Humans are forced to move and let nature take its course, while they continues to mine elsewhere. The project is a look at this conflicting yet co-dependent relationship and the tracking of it over time and raise important questions and leave the reader with insights and plentiful existe’ntial thoughts.
Klaus Thymann has been documenting the entire process over the past 10 years with about 10 visits to the town.