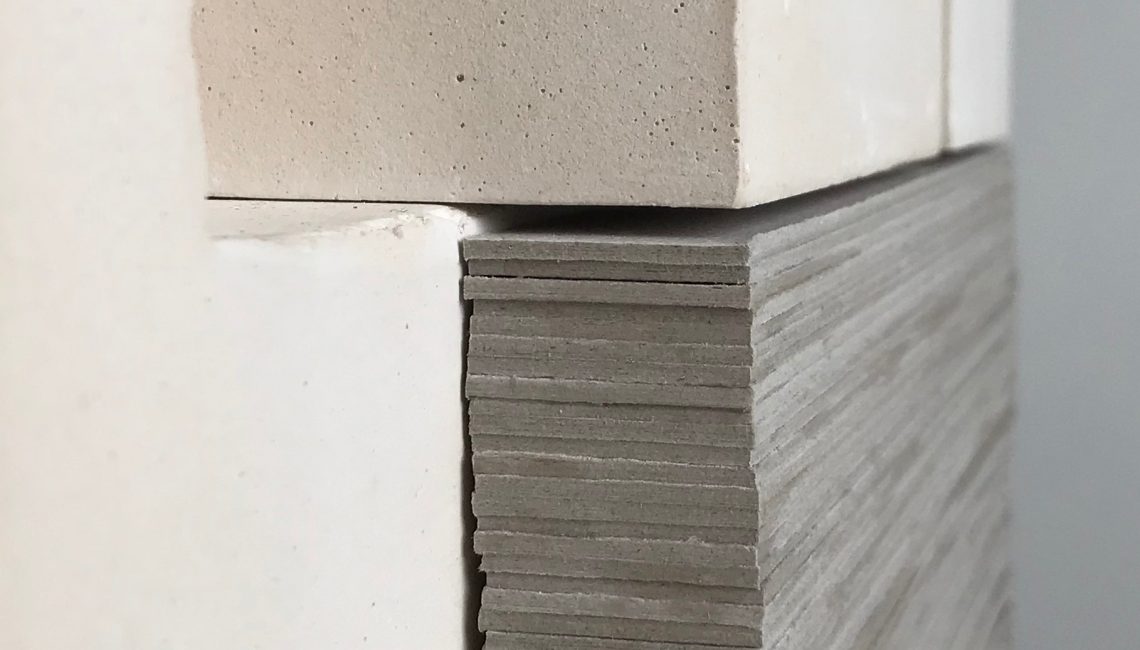 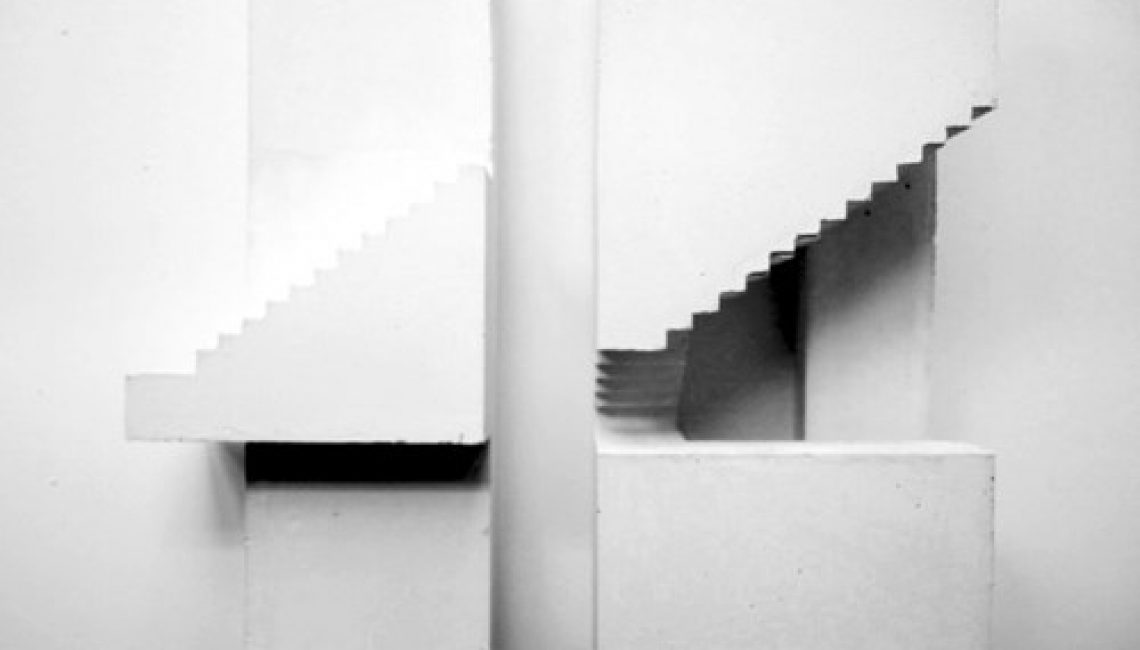 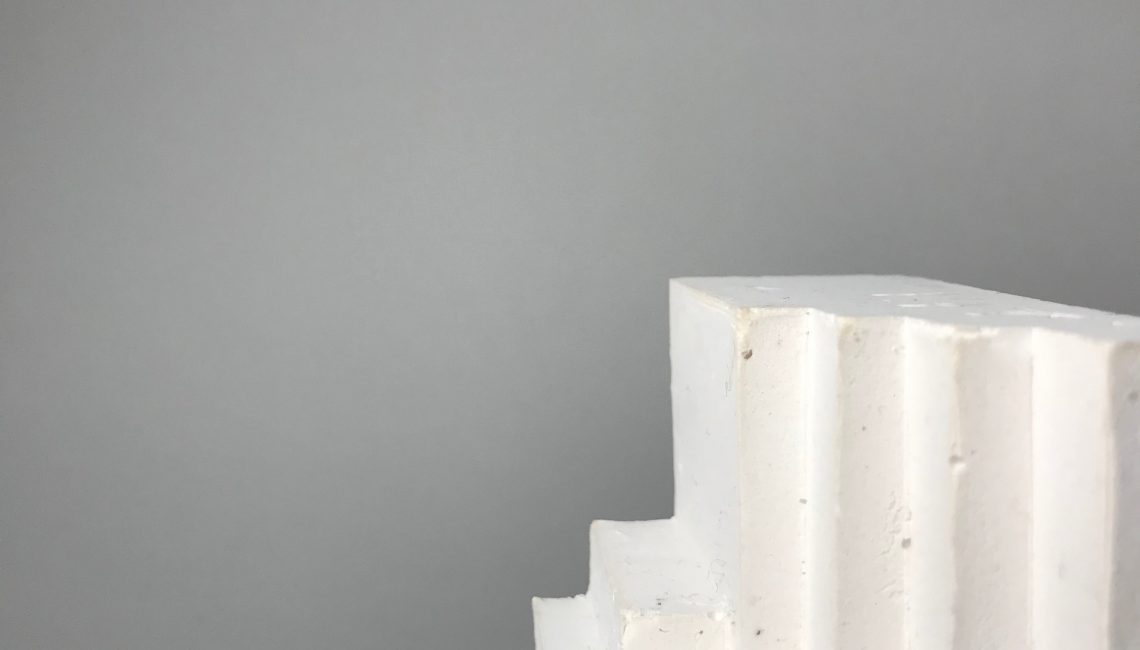 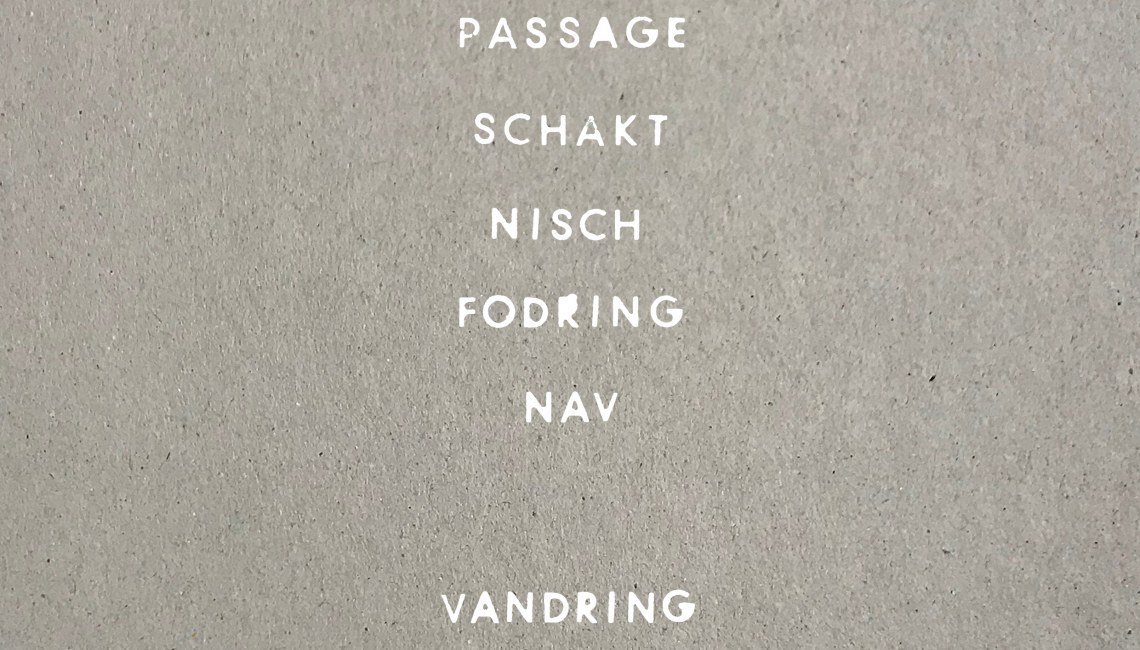 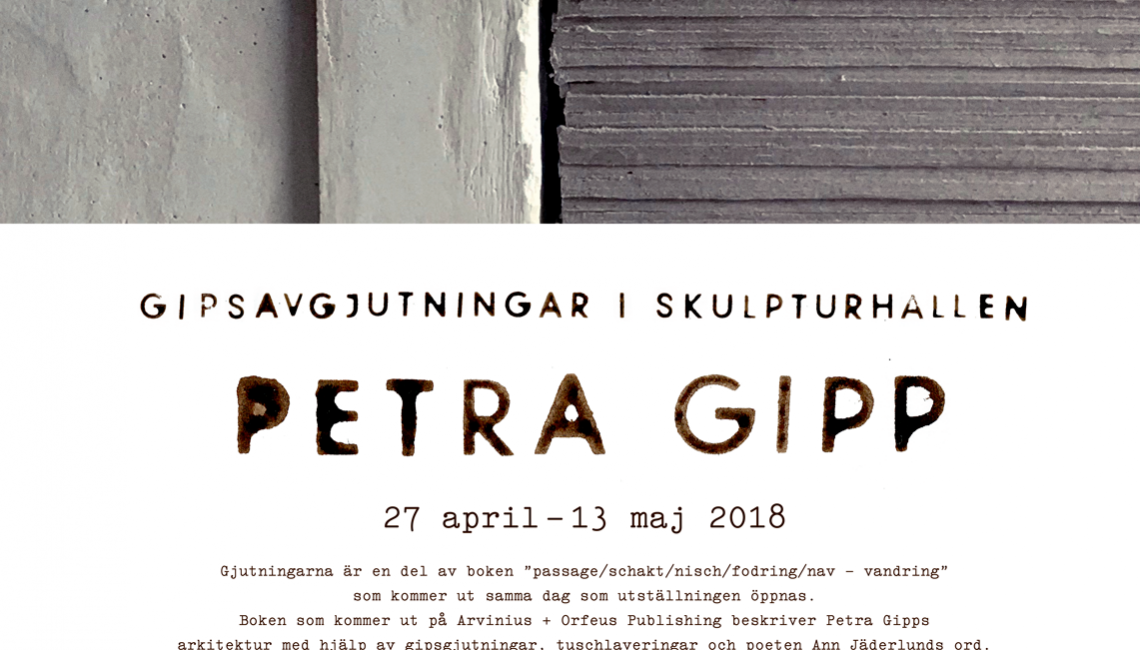 In the book passage/shaft/niche/lining/nave – wandering, the architect Petra Gipp portrays her architectural work through the use of cast plaster. Here, she sculpts an altogether distinct voice that makes architecture melt together with place, body and thought.

For Petra Gipp, working with models is pivotal. It is a method for approaching architecture, often independently of scale. Here, space can be sculpted through a focus on volume, elements and details, where everything melts into a single thought. To seamlessly work with one material allows one to shape an architectural idea on the basis of the material. This approach adds clarity and a personal voice to the rooms and volumes that she creates.

Photographs, Indian ink washes and text weave a story around architecture; the elements, how they are put together; the gap that arises in the composition of the elements; how that room relates to the human body – the wandering. The plaster castings are brought together with newly written poems by the poet Ann Jäderlund, which provide the plaster with a resonating foundation to brace against. Professor Emeritus Peter Bjerrum reads Petra Gipp’s work through Loos, Le Corbusier and Mies; Helena Mattsson reflects on the imaginary world of architecture and the physical model; and Sune Nordgren concludes with thoughts on architecture and art.

The book passage/shaft/niche/lining/nave – wandering will be published 27 April 2018 in conjunction with the opening of the exhibition at Liljevalchs konsthall in Stockholm. In the poetically beautiful Skulpturhallen, Gipp will exhibit the plaster castings from the book accompanied by a newly written musical piece by Pelle Ossler.

Petra Gipp is a Swedish architect active in Stockholm. She is a member of the Royal Academy of Fine Arts, and her iconic work includes the award-winning Kivik Art Centre – Refugium and the inventor’s workshop Katedralen, which was nominated for the Mies van der Rohe Award in 2015. In 2016, Gipp was named one of the 26 women throughout history that have changed architecture. Her work has been exhibited all around the world and been published in numerous books and magazines. She will exhibit with Mikael Olsson and ArkDes in the main pavilion at this year’s Venice Biennale.