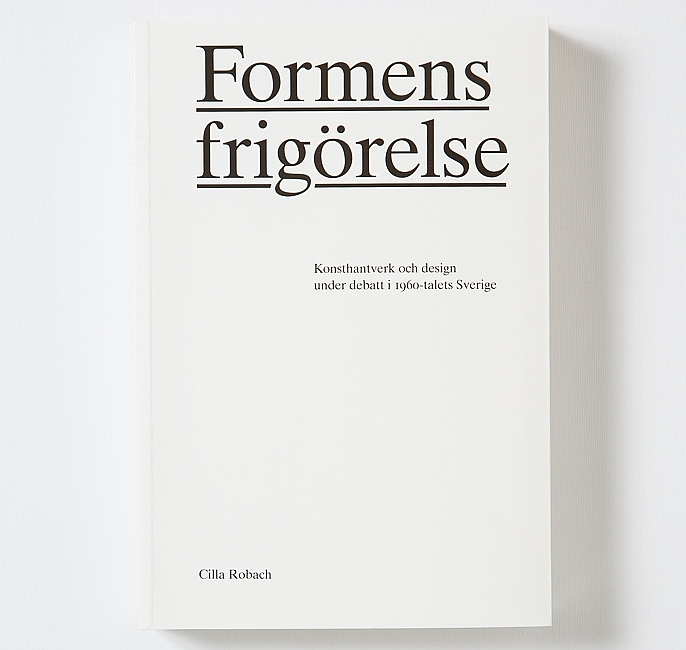 In the midst of Swedish design’s most profound victory parade across the world, something began to stir beneath the polished surface. By using the term ‘liberated form’, Cilla Robach points out a relatively unknown phenomenon in Swedish design history that took place in the 1960s: items that defied aesthetic norms, craft traditions and demands of the serviceability of objects. In light of this, designers initiated a discussion about the boundary between art and craft. The liberated form was the starting point for diffusing the line between the art world and the design world, which was established in the first decade of the 21st century and that Robach discussed at the Exhibition of Conceptual Design at the National Museum in 2005. Cilla Robach (b. 1969) is a design historian active as curator at the National Museum since 1998. Formens frigörelse is her doctoral thesis.